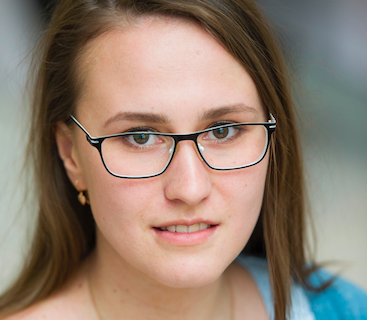 Alina Kadyrova, the University of Manchester

Over the past decade, the issue of diversity and inclusion (D&I) in innovation has received significant attention from policy-makers and academics. This internship focused on the practical attempts of policy-makers and innovation agencies to tackle this issue and their potential to make a visible and measurable impact.

Innovate UK has commissioned various projects aimed at promoting the inclusion of under-represented groups and boosting innovation activity in the UK. Recently, the agency commissioned a Global Review of Diversity and Inclusion in Business Innovation, which explored a variety of programs and policies aimed at the inclusion of different groups in innovation processes and sought to identify how the UK can adapt the good practice of other countries. Short-term projects and longer-term policies of ten countries were pre-selected and reviewed in a report produced by the London School of Economics (LSE).

During the third year of my PhD, I undertook a six-month internship to explore the findings from this report in more depth, working alongside Dr Emily Nott from Innovate UK and Professor Tim Vorley and Dr Katy Wing from the Innovation Caucus. They have provided excellent guidance and support to me over the duration of the work.

We decided to focus on D&I policies and practices of innovation agencies aimed at increasing the participation of women, people with disabilities and ethnic minorities. These practices were analysed by means of semi-structured interviews with project participants, innovation agency representatives and through documentary analysis.

The research revealed a strong focus on gender equality issues in specific regions. For example, most of the D&I programmes and policies of the Northern European countries have had a sole focus on gender, with other equality issues relatively neglected, while the countries of Eastern Europe, such as Poland, prioritised overall innovation development, rather than focusing on specific under-represented groups. The analysis revealed two major gaps in current D&I practices:

Northern European countries, such as Norway, Sweden and the Netherlands were good practice examples in terms of the mainstreaming of diversity and inclusion principles across all activities. Initiatives implemented by Sweden and Norway, such as organising internal workshops on gender issues, where employees share their experiences and learn new perspectives on dealing with inequality, demonstrate that top-down, sustained, intersectoral governmental initiatives, requiring institutions to track progress and report back to the government, can contribute to success in tackling the problem of gender inequality.

More programs targeting ethnic minorities, disabled people or other excluded groups are needed. However, over the longer term, inclusion activities should ideally be embedded into the operations of all actors, without necessarily requiring a dedicated programme or budget. This mainstreaming of D&I issues requires more radical system change, that tackles the roots of exclusion, rather than masking its consequences.

To conclude, this internship provided an excellent and unique experience of working on diversity and inclusion at the intersection between policy-making and academic knowledge. The discussions with Innovate UK and with the representatives of overseas innovation agencies provided me with an additional perspective on my own PhD topic on social innovations in Europe. I would like to thank Tim, Emily and Katy for this opportunity and for the mentorship they provided.

For further information about this internship, please email Emily Nott, Lead for Diversity and Inclusion Programmes at Innovate UK, Emily.Nott@innovateuk.gov.uk